Fire Emblem: The Sacred Stone for the Nintendo DS

Fire Emblem is a game that has been around since the NES days, but it never got an American release until just recently. The Fire Emblem series is a turn based strategy game that was big in Japan. Americans were not exposed to this game until Super Smash Brothers: Melee added two characters “Marth” and “Roy” to their roster. When western audiences were first exposed to these two unknown swordsmen they were curious enough about their origins that Nintendo decided to finally bring the game to the West. Now there is a fair selection of Fire Emblem games available from the GBA to the WII. The game I’ll be reviewing is Fire Emblem and the Sacred Stones. Mainly because out of the games in the series released to the western market it is one of my favorites.

The story is about 6 countries who live together on one continent called Magvel. In the past 5 of the 6 countries banded together to defeat the Demon King with 5 sacred stones given to each ruler or each of the 5 countries. After the Demon King has been defeated the Magvel has been in an era of peace for 800 years. The story begins when the country Grado attacks the country Renais and invades it. The twins princess Eirika and Prince Ephraim have to embark on a journey to stop Grado from concurring Magvel and stop them from Destroying all 5 of the Sacred stones that each country houses. The story is pretty good and it lets you play through two different scenarios when Eirika and Ephraim part separate ways.

The game play is a turn based strategy style game, which the series is known for. It a lot like other tactic games like Final Fantasy Tactics or Shin Megami Tensei: Devil Survivor. You’re given different types of units throughout the game each with his own personality and skills. The point of the game is to use your army to complete objectives given by the game for each map. 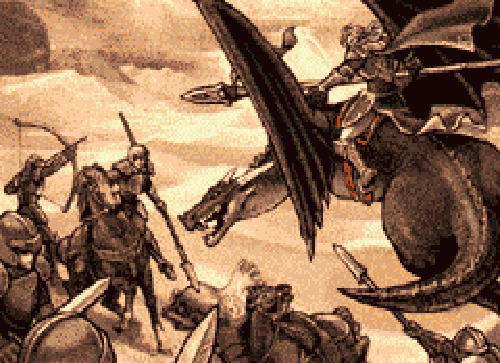 The music in this game is pretty good. None of the songs distract from the game play. They are not obnoxious or annoying in any way. There really isn’t a whole lot that jumps out at you and the music is very forgettable. You won’t be hearing much of it being remixed on the internet. There is little to complain about or praise when it comes to the music in this game. It does its job without getting in the way of the games playability.

Graphics are pretty standard for the time and for the platform they are on. The game is on the GBA, and are nothing to marvel over. They look good and they are very colorful. Each character and icon are easy to distinguish and the character portraits look good. There really isn’t a lot to say about the graphics. That set this game apart from the others in the series. They do what is needed and they do not look bad.

If you’re into tactic and strategy games I’d highly recommend this game. It’s a solid game from a solid series made by Nintendo. It’s got a fair amount of replay value with the alternative routes you can take in the game, and it’s a good way to kill time. The game is especially nice that you can turn it off right in the middle of the battle and the game will remember where you left off when you turn it back on. This game is worth checking out if your into this style of game play. I give it a 8 out of 10.