Towns is very much still in alpha testing, but it’s already defiantly a very entertaining game. I first saw the game when a friend of mine was playing an earlier alpha version of it, and it just looked like something incredibly interesting. It was part farm sim game, and part dungeon explorer with a slight Minecraft feel to it. The mix allows for there to be a sense of purpose for why you are helping these people out, besides just feeding their digital bellies and killing your free time. The more you help them, the more capable they will become at monster slaying.

At the time in which I’m writing this review, the game doesn’t really have a story of any kind. It’s pretty much just a strait to the point medieval/fantasy town simulator, in which you are responsible for the well being and survival of your citizens.

Once the game begins you have two main focuses; one is to develop a functional community for your citizens that will allow them to thrive, the second is to develop weapons and to defend your people against incoming attacks from monsters. Once you have a well built town that can supply a good amount of food for your citizens, and you have a fair amount of armor and weapons stocked up, then you can actively pursue monsters in the depths of the earth. 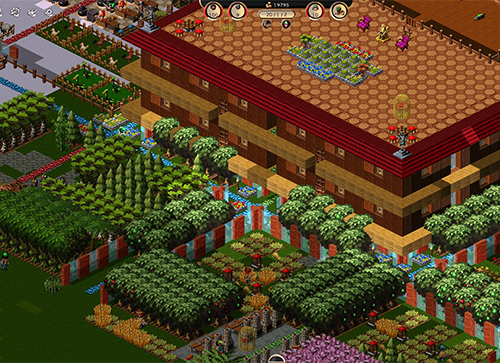 If you want to increase the population of your citizens you have to make sure you have individual living quarters for each of your people; with a bed, walls and a door. If you have enough rooms for your people, and you have a good supply of regular food and haven’t been having people die recently, then more people will migrate to your town every couple of days. The most citizens I’ve ever had at a given time was in the 60’s, which was only possible through a lot of trial and error, learning about the game mechanics, and with a fair amount of planning before I began building that town.

Since the last patch the game does seem to let up a bit though. It used to be very brutal at random times and unleash sieges upon your populous that may just be too much to handle at early periods in the game. There also used to not be walking graphics for any of your people, they just slid around the map really fast. 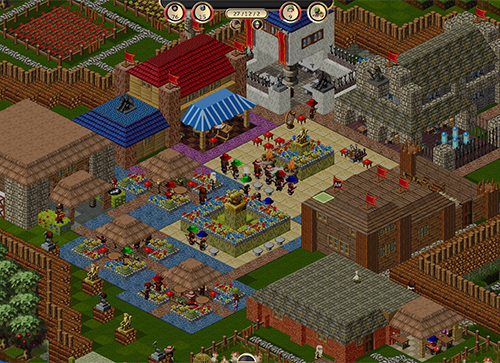 The game is extremely addictive if you are into town/city simulation games, or if you think that you’d find enjoyment in the concept of micromanaging a group of monster-hunting peasants.

This is a weird kind of game though, because once you get the hang of how things work you can just have your people do a bunch of stuff and you can just leave the game running in the background and just check back every now and then to check up on their progress. I guess you can increase the speed of the game by pressing “+” or “-“, but I haven’t really noticed this changing the speed in any kind of really noticeable way.

Over all it’s a really fun game and defiantly worth the purchase. I’ve already played it well over a hundred hours, and I still find it fun to come back to every now and then. It’s also really functional for a game that is still only in its alpha phase of development. It honestly already feels complete, so it’s a real treat every time they add a new update to see what else they have added to this already great game.